(1) quantify C fluxes during the initial phase of litter decomposition,

Microbial respiration of CO2 and leaching of DOC were measured along with mass loss and biochemical litter properties in a decomposition field study over the course of nine months. Measurements were conducted in neighboring Norway spruce, Douglas fir, and European larch stands located in the Vienna Woods. Carbon losses during litter decomposition were dominated by CO2 mineralization which accounted for 95 to 98 % of the measured C fluxes from litter. Two to 5 % was leached as DOC from litter. Partitioning of C fluxes differed among tree species and could be related to differences in biochemical litter properties. Although litter of European larch showed lowest C losses from mineralization, it featured highest DOC leaching rates when compared to Norway spruce and Douglas fir. Higher DOC leaching rates were reflected in a higher sequestration potential for organic C in the mineral topsoil. This study provides a detailed view on litter decomposition processes and their implications on soil C storage and provides suggestions for further research.

In this study, litter decomposition and its relation to SOC storage was investigated for S, L and DF stands in the Vienna Woods. Decomposition processes were studied in situ using litter bags, CO2 measurements and lysimeters and were related to litter biochemical- and microclimatic parameters.

By means of this study,

(1) pathways of litter derived C during decomposition were quantified, where a minor part with 2 -5 % of the measured C fluxes was partitioned into leaching, and 95 – 98 % into microbial respiration. It was shown that litter mass loss and

(2) C partitioning pathways during litter decomposition vary by tree species: Conditioned by high lignin and low N contents, L litter mass loss was found to be substantially lower in relation to mass loss of S and DF. Significant differences between species for litter mineralization to CO2 by microbial respiration and leaching of DOC were found, whereas respiration rates were significantly lower for L litter compared to S litter and leaching rate as well as leaching pattern of L litter differed significantly compared to that of S and DF. In line with the first hypothesis (H1), litter properties are suggested to determine partitioning processes rather than environmental factors: Lignin, C and N contents paired with microbial dynamics during decomposition were primarily responsible for low respiration of L litter and correspondingly higher rates for S and DF litter. High contents of lignin and the magnitude in which it is degraded are decisive for patterns in litter leaching; furthermore, species specific physical litter traits are suggested to be of relevance. Throughfall strongly influences litter leaching into the soil, whereas more transmissive canopies promote leaching fluxes. Increased input of throughfall derived C due to canopy exchange processes was identified to take place within the L stand. It is assumed that the chemical composition of litter leachates is a determining factor for its translocation into the soil. For this study, the stand parameters

(3) litterfall and basal area characterized suitable proxies for stand specific C input; accordingly, they were used to normalize SOC pools for different C input to allow for a better comparison between tree species. It was demonstrated that significant differences in C partitioning during decomposition, namely higher leaching of DOC paired with lower rates of microbial respiration are linked to significantly larger normalized SOC pools in the top layer of mineral soils of L stands. These findings support the second hypothesis (H2) of higher DOC leaching rates leading to higher SOC stocks. 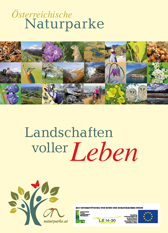 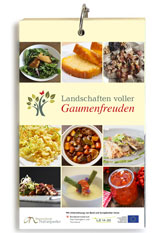 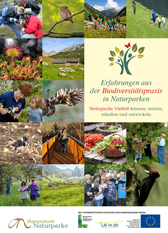 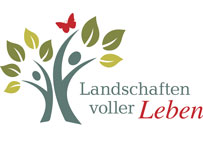